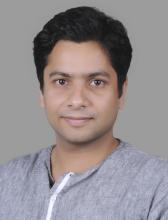 Let us welcome Prof. Sumiran Pujari from the Department of Physics, who is a doctoral fellow in Condensed Matter Physics from Cornell University (USA).

We are glad to welcome Professor Sumiran Pujari to the IIT Bombay family. He joined the department of Physics last year.

He graduated from IIT Bombay with Engineering Physics in the year 2005 and then joined Cornell University the same year for a M.S.- PhD which he completed in 2011. Speaking about his professional experiences, he has two postdoctoral posts under his name. One, from University of Toulouse between 2011-2014. Second, University of Kentucky between 2014-2016.

His research interest encompasses Quantum magnetism and Electronic Properties of material. He is also enticed with developing computational algorithms and is working on them too.

Talking about the recent developments in his field of expertise that he feels would have a great future impact he mentions topological matter and its properties and believes that this will have a great impact on solid state devices in the future.He also believes that the advances in the computational domain have led sciences to move by leaps and bounds and hence looks upon them as a light for the future.

Answering the question on his plans to engage students inside the classroom and outside it he says that he has dynamic ways to do so. According to the topic at hand he takes up methods to engage students which generally involves presentations and discussions.

In his free time he likes to play sports, read books, listen to music and explore restaurants.