Memorandum of Understanding with University of Baghdad 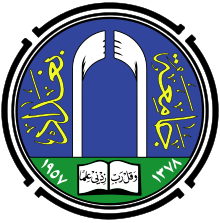 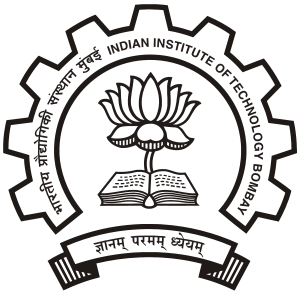 IIT Bombay signed a Memorandum of understanding with University of Baghdad, Iraq  on 15/2/2018.  In order to promote cooperation the two institutions agree to encourage direct contact and mutually beneficial cooperation between their respective faculty, research institutes, departments and administrative staff.

The initial area of collaboration will be through :

Themes of joint activities, condition for utilising the results achieved as well as arrangements for specific visits and exchanges of Faculty members and researchers shall be defined on case by case specific agreement.

In 1922, a scheme had been initiated by the King for the organisation of a university at Bab al-Mu’azzam, but there were insufficient students qualified for admission. Nonetheless, a start was made on the creation of the university with the building of the Theological College. In January 1925, however, the Engineering School was transferred to the vacant upper floor of the Theological College building. In 1935, the Monroe Commission had argued that Iraq was not ready for a university, and the next attempt to establish a University did not commence until 1945. Then the ‘Morgan Report’ was prepared for the Iraqi government in 1947 by a senior member of the British Council’s staff. In 1948, however, the British Council’s proposals were rejected in favour of a plan drawn up by the Ministry, but no action followed. In May 1953, the British Council sponsored a further visit to Baghdad by a group of British university professors to give encouragement, once again, to the establishment of a university.

However, the first university in the country, Al-Hikma University, was founded by the American Roman Catholic Fathers (Jesuits) in 1956. In the same year, the government announced plans to amalgamate the existing state funded Colleges, enacting Royal decree number 60 of 1956 to establish the University of Baghdad. Its first President was appointed by Royal decree in 1957, and it commenced operations in 1958. Following the Ba’athist coup, in autumn 1968, Al Hikma University was taken over by the state and integrated into Baghdad University.

A new university campus was commissioned by the Royal Government of Iraq in the late 1950s and situated near the Tigris river. Its buildings were designed by Walter Gropius, Louis McMillen and Robert McMillan of The Architects Collaborative, who commenced their master plan in the 1950s for a new university campus for the Colleges of Engineering, Sciences and Liberal Arts for a total of 6,800 students.

The campus was expanded in 1982 to accommodate 20,000 students plus support facilities. Architect Hisham N. Ashkouri and Robert Owen developed the full academic space program for the entire campus.